A Coffee with Max – Founder of The PhD Proofreaders

A Coffee with Max – Founder of The PhD Proofreaders

Do you know this feeling when you see someone and you know: Yeah! We will have a good time? The second Max entered the Hub it was when magic started to happen. Max spent some weeks during summer in Hoi An and together with a fun bunch of lovely souls, it was an incredible time. We laughed and danced together, had lunches and dinners, excursions and powerful conversations. We spent money at the bars and won it back at the pub quiz. Max knows the best dump jokes and how to dress accordingly: in fruit salad pattern, Hoi An style!

What drew you to Hoi An?

“A digital nomad is a fantastic liberation. Life oozes from the new places, the new food, the new everything. You’re living. It’s the best version of you. Sometimes you find a little corner of the world that repulses you. Great, you tried it. Tick it off the list, let’s never return. Sometimes you find places that bemuse you. Cherish them and the absurdity they represent. And sometimes, once in a blue moon, you come across a place that reminds you what home is. A digital nomad can call many places home, but never feel at home in any of them. Home sometimes is just where the Wi-Fi is. Sometimes though you arrive somewhere and feel like you’ve come home. Home is where the people are, where the beach is, where the smiles infect you like a daily dose of sunshine. Home is where you feel so alive it hurts, where life is a pleasure, not a chore, where you find the best version. Home is where you wake with conviction, where you live for the surprises. Home is belly-aching laughs, letting your guard down, wondering why life would be any other way. Home, for me, is Hoi An.

If you’ve travelled for any length of time, you’ve heard someone say that not all those who wander are lost. I was. Hopelessly so. I travelled because I was lost and travelling rarely made me less so. Some wander to run away from something, some are running towards it. Some of us wander deliberately, craving the freedom afforded from never standing still. Others are without direction or are terrified of standing still. I wandered and wandered and wandered. Don’t. Stand. Still.

Then I found Hoi An and I stopped. Home.”

What do you do for work?

“Consider this: every moment of your life has led to you this one. Every decision you made, person you met, place you visited. Every argument, love and mistake. They culminated in this. For me I hated where I was. I hated who I was. What I had become. So, two years ago I quit my job and set up a proofreading agency called The PhD Proofreaders. It helps students who speak English as a second language by correct their grammar and spelling. I set it up because I was bored; bored of the 9-5, of the boss, of the office, of what it represented, of the days blending into weeks blending into years. Business set up. Check. Max 2.0: the better version of myself.

Then I took off. My business is online, so I left England and never looked back. I knew I was making the right decision, deep down I did. But I didn’t know where I was going. I wandered.

Then I found Hoi An. Home.

I came to The Hub with half-formed ideas about scaling my business. I left with a sense of professionalism, drive and ambition I didn’t know I had. I found an energy in The Hub I never knew could exist. Sarah, the Hub’s founder, fosters an environment unlike any other I’ve worked in. Quite how, I will never know. A magical touch. A magical touch in a magical town. The woman knows her stuff and has an attention to detail that is effortless. The goal of good design is for it to seem completely natural, for the idea that it would be any other way to be absurd. That’s The Hub. Of course it’s the way it is, why would it be any other way? Absurd.”

How would you describe The Hub?

“Some places that are bigger than the sum of their parts. The Hub certainly is. It’s a little house in a little village on the edge of a little town in a little corner of the world. The Hub is work, productivity and attention to detail. It’s brainstorming, talent, advice and energy. It’s a joy, a joy to look at and a joy to be part of. The talent on display staggered me. You’ve got Sarah leading the tight community of digital nomads who walk through its doors. You could work in a coffee shop, but you shouldn’t. You should work here. In Hoi An. Home.

Sarah creates the magic and others play with it: the designers, the writers, the coders, the small guys, the big guys, the in-betweeners. Put them in The Hub and you get magic. Bigger than the sum of its parts. You get content, you get work, you get late nights dancing on the beach. You get smiles, laughs, love. You don’t get bored.”

What advice would you give to other digital nomads thinking of coming to Hoi An?

Getting on that plane, leaving it all behind and running towards god-only-knows-where is the most terrifying thing you’ll do. You’re against the tide, a small fish swimming the wrong way. You’ll have doubts, crushing ones, a sense of dread that only freelancers can understand and some more dread thrown in that only nomadic ones can appreciate. You’ll want to go back. You’ll want the stability, the predictability and the conformity.

But then you’ll get it. Something will make you reflect on what you’re doing and on how you’re doing it. You’ll catch a glimpse of yourself. Then you’ll understand. You’ll understand why you’re swimming against the tide. You’ll become a bigger fish, no longer worrying about what others are saying. Then you’ll stop worrying about the other fish entirely. You’ll realise that every moment has led you here, even the bad ones. They’ve led you to sitting on the beach working on a job, to dancing under the stars after closing the deal, to living. To being the best version of you. They’ve led you to the local restaurants, the scooters, the sunshine, the best of places.

We all have bad days. We all have problems and baggage. That what makes up human. Working remotely won’t solve that. What it will do is allow you to do more, be more and live more. It’ll allow you to take what you’ve got and do it more, better, longer. You just have to have faith in yourself, faith that you’ll keep running, that you’ll persevere and work the hardest you’ve worked. The Hub lets you do that. Why would it be any other way?”

If you have any questions about Hoi An or our Coworking Space, please don’t hesitate to ask here or drop us an E-Mail at hello@hubhoian.com.  You will find some information in our FAQ and it is worth to visit us on Facebook or join our Community.. 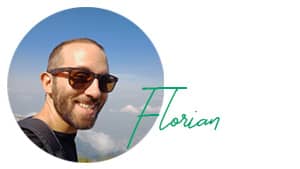